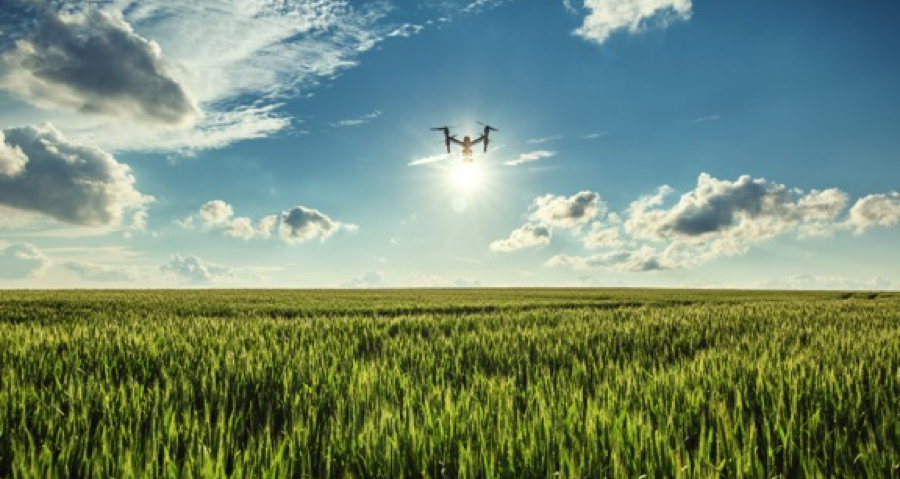 Could drones be the future of agriculture – and a game-changer?

According to a late 2016 article in Successful Farming, drones also known as unmanned aerial vehicles (UAVs) were first received with hesitation in the agriculture industry. Although the new technology was known to provide growers with a way to see potential problems that wouldn’t otherwise be known from ground level, the new technology was taken with initial apprehension due to the lack of regulations, in addition to the sometimes challenging process of applying for a Section 333 exemption through the FAA.

Slowly but surely, the agriculture industry is realizing the benefits and discovering different strategies on how drones can benefit and move their crop production plans forward.

For example, drones can be used to fly over a field and take pictures with its camera. The images can then be pieced together to create a crop health map that identifies different areas in need. The grower can then georeference that information and use it to make decisions for individual fields.

Although using a drone may seem like a no brainer, growers are often still hesitant to invest in technology and precision agriculture, especially when margins are tight and commodity prices are down.

The future for this technology looks promising with 62% of the ag industry potentially looking to own a UAV in the future. However more than a third still need to be convinced.

Successful Farming released the following statistics from their 2016 Technology in Ag Study:

As ag retailers are also adopting the use of drones and using them to provide precision ag services to growers, the study also discussed drone service options with growers and found:

With the tougher economic times and lower commodity prices, the adoption rate of investing in drones might move a little slower, since they do not yet have a proven track record. However, as additional growers and retailers show how they are successfully creating additional business opportunities with UAVs, a larger number of growers and retailers will start using them. Until then, the adoption of this new technology will continue at a slow, yet steady, pace.

Reminder: Payments to CHS due by 20th of the month. Learn more